Routine:  Nicholas loves to wake up early and typically wakes up in a good mood.  His clock turns green at 6:20am and good days are when he is still in bed at that time.  He goes to a morning preschool with Mrs. Gardner at St. Johns Tues/Thurs 9-11 and in the afternoons with Ms. Shahina and Jessica M, Tues, Thurs, Fri 1:30-4.  He gets to take the bus to the afternoon preschool.  When asked if he took a bus today, he always replies with “two”.

He loves school and always comes home with a huge smile and gives the best welcome back koala bear hugs.  From his morning preschool he rushes out of the room and jumps into my arms just like he did last year when I picked him up from afternoon school.  It still happens for afternoon school too on the days he doesn’t take the bus home.

Meals: Loves his morning yogurt and all snacks any time.  He prefers savory to sweet and often eats just a couple of bites at dinner.  His favorite meal is definitely breakfast with lunch a close second.  Lunch highlights include PB&J with grapes and a cracker of some kind.  His snacks for school are fancy and whatever can fit in one little tupperware: salami, dried blueberries/craisins, cheese and some grapes.

Development: Loves to help! Wears size 4T clothes, size 10 shoes   Still working on staying in bed all night long, but getting better from 4 times a night to once only a couple times a week.

Currently testing out an everyone is “mean” phase or “I hate” everyone phase. For speech Nicholas is working on his c/k and g sounds. He is doing more and more self correcting.

Best giggle ever and has a smile that will melt your heart.  Adorable kissy lips too.

His favorite toys are trains and helicopters. Loves airplanes, firetrucks and being outside.  He can often be found riding his firetruck in the cold garage by himself when you can’t find him in the house.  He likes to slide down everything like it is a fire pole.  He wants to be a fireman when he grows up and his favorite show is Fireman Sam. He also loves to mount fire hydrants and bounces on them like they are a horse or gives them a tight squeeze. 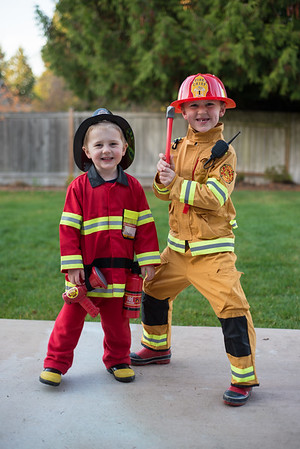 He loves to stand on one leg.

Nicholas enjoys picking up rocks, pinecones, branches and dragging them 1/2 mile plus on school walking adventures often along with his backpack (to be like big brother).  By the end of the school year Cooper convinced him it was cool to wear his backpack to school for him.

Favorite book long term is Curious George, but we are currently pairing that with a Where’s Waldo phase.  The highlight of this phase is for the first few months Nicholas called Waldo, Eduardo, “I found Eduardo”.

He is convinced mama kisses give him freckles.  He wipes them off, but loves to point out when he finds a freckle and waits for my “oh man” response.
Firsts:
big boy bed,

Ate an entire Costco hot dog while I unloaded the groceries

Last toddler group and moving on to preschool

First camping trip not sleeping in a pack-n-play

First trip to the east coast and riding a subway train (he is now obsessed with subway trains!)

First time sitting in the dental chair by himself 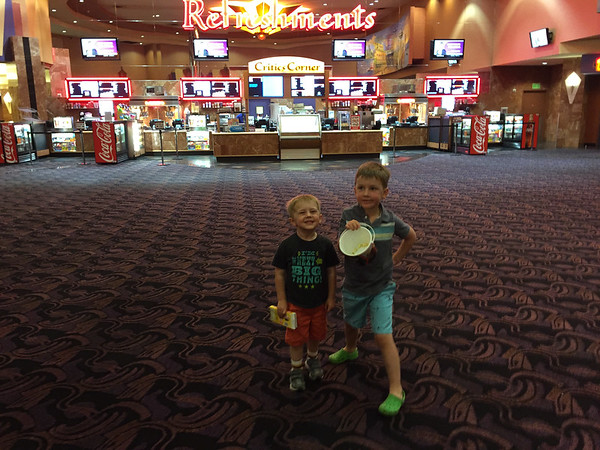 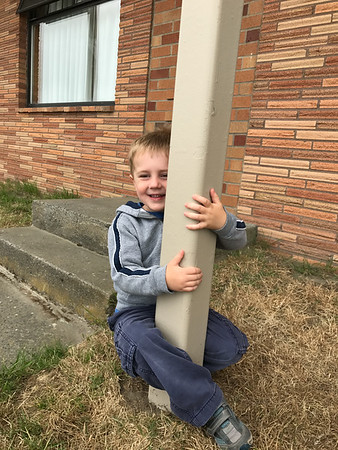 To think one year ago we moved into a brand new house and had just potty trained him just 2 weeks earlier. Crazy to report that he was all about potty training and is near accident free at this point. Fun things about Nicholas:

Sleep is still a challenge since moving him to his big bed at 3. I can count on one hand the number of times he has slept through the night without waking up. He has runs of waking up every 20 minutes from 1-4 in the morning (5+ times a night). Typically after one of those nights he is more likely to only wake up at 1am or 3am for a potty break which he comes to get us for. A goal is to get the only once a night wake-up to be the routine and then tackle the going potty on your own after that. We are in desperate need of solid sleep in our house. When he wakes up in the morning, usually at 6am when his clock turns green, he is a ball of energy ready for the day to start. Every night before he goes to bed he has to ask me 3 questions. They always start with “how you make, hmmm” and are typically food items, houses/parts of houses, or even more obscure things. He loves that my answers involve lots of hand movements on his back as I act out the answer. I think he really loves the back rubs just like his Daddy. Speech, working on k, g, th and l sounds. He loves his therapist and really tries had to do whatever she asks him. He can count to 26, but skips 13 or 14 and 23 or 24. He knows most of his colors and many letters and is starting to write parts of his name.

Development: Language, he has always been such a verbal kid and that continues. Some of his favorite ways to say words that we haven’t had the heart to correct are oosually (usually), oat (ate), amimals (animals), stroller strap (handicap, in reference to the parking signs). Cooper is finishing up his first year of Montessori and it has been eye opening just how much he can do on his own and learn about given exposure to so many resources. Giving “lessons” has been a great way for us to show him and then let him practice how to do new things such as mow the lawn. We are leaning towards sending him to Kindergarten at the public school where he will be a Rose Hill Raccoon.

Physical: Cooper is wearing size 6 shirts and pants. He gets himself dressed, shoes and jacket, etc. He has his first loose tooth, bottom left, which we first noticed loose back in March, but it is only slowly getting looser at this point.

Eating: Cooper continues to grow and eat a ton of food. In April he grew 1 inch and the way he is eating now he is headed for another growth spurt. For breakfast each morning they are really loving frozen yogurt (a yogurt cup that was defrosted in the fridge overnight), glass of milk, 2 cups of berries and 2 prunes. If they have recently attended a party they get to have one piece of candy a day and that usually is eaten at breakfast too. Cooper is a saver and will have a sweet treat last for weeks.

Sleeping: Cooper is still a solid sleeper. At night we start bedtime around 6:30 with a bath with Nicholas. Next is jammie time and then brush teeth before reading two books each together as a family. Rob and I each take turns saying good night to each kid. Cooper wants to tell us 4 questions which are more often than not statements he wants to share. They run from I love snuggles, I love a tv show/legos, to how do volcanoes work. He typically doesn’t call us back in or come out at night until his clock turns green at 6am.

playing on a soccer team, 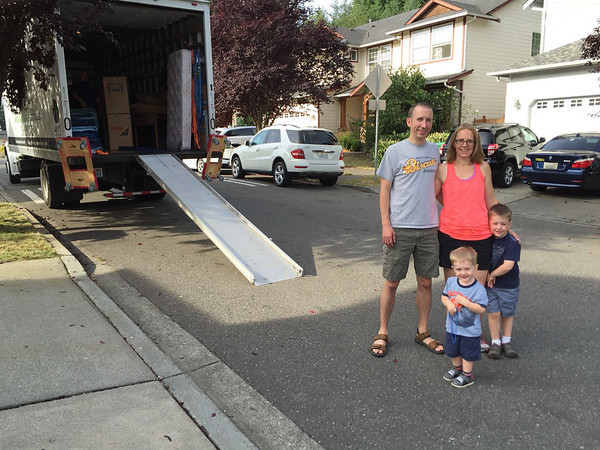 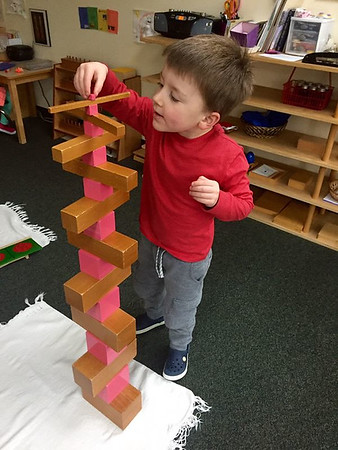 picking his own costume idea…porcupine

writing his own name on a Christmas tag