Routine: Nicholas loves to wake up early in the morning.  On the weekends this is definitely motivated by getting to watch tv while we, the parents, catch some extra rest from a long week.  We are slowly making progress in getting Nicholas to stay in his room all night long.  We have been more successful than not lately.  Keeping his door open all night and earning chances to have a slumber party in our room on his own mattress have been some of the best contributors to our success.  Monday, Wednesday and Friday Nicholas goes to Totem Preschool for Pre-K class from 9-1.  He stays an extra hour on Mondays for Ball Class.  He loves it there and has made some good friends.  I can’t believe he will be in full day Kindergarten next year 🙁 and am instead cherishing our special Tues/Thurs time together this year.  We walk to Cooper’s school every afternoon to get him and on the mornings that he doesn’t have school too.  It is a 1 mile round trip adventure.  We often stop to look at worms and bugs on our path and if the tether-ball is out at the school we have to play a little before we can head home.  Nicholas loves to hold the door as the kids leave school so he can be the first to greet Cooper with a crazy brother hug.  He is SO excited to see him after school!  We have started ‘contributions’

Food: Breakfast is usually fruit, cereal (peanut butter or oatmeal squares) and a yogurt (mixed berry or lemon) he loves to stick it in the freezer for a bit before eating.  For snack Nicholas loves peanuts, applesauce, cheese stick and water nearly every day he can get it.  He loves open faced bagels with butter and smooth peanut butter on both sides.  Dinner, he loves cooked spinach and all things salty, especially teriyaki flank steak and pork tenderloin.

Development: Nicholas loves to be silly.  He is always looking for a physical way to get his energy out.  He loves to tackle and wrestle Cooper, will slide down anything like a fire pole, and continues to move through life by jumping everywhere (his calves are incredibly strong).  He has his own flair for doing push-ups by starting completely flat on the ground.  His favorite color is dark blue.  Some of his loves are the pool, commercial flights (Nene airplanes = Southwest and Alaska airplanes, identified by the paint scheme in the sky), seeing Daddy and Grandpa and running full speed to them both with a huge smile, legos, and all things with wheels, especially fire trucks, cars and airplanes. 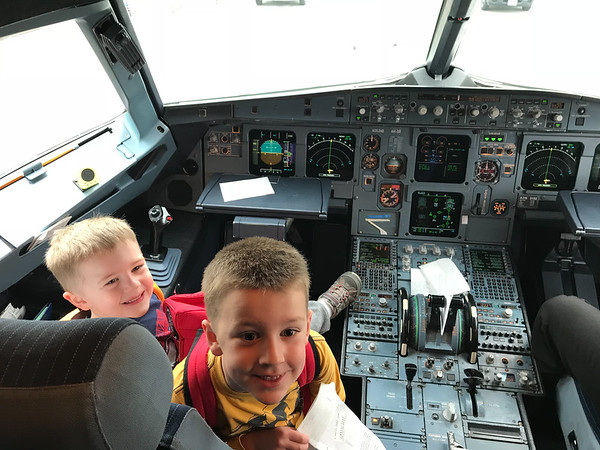 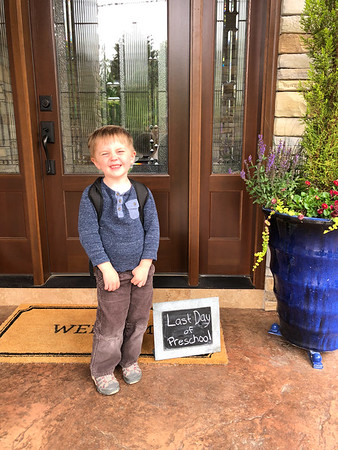 First time kayaking and doing so at Spring Lake in Jackson, WY with Nana

Sleeping with the Lego catalog 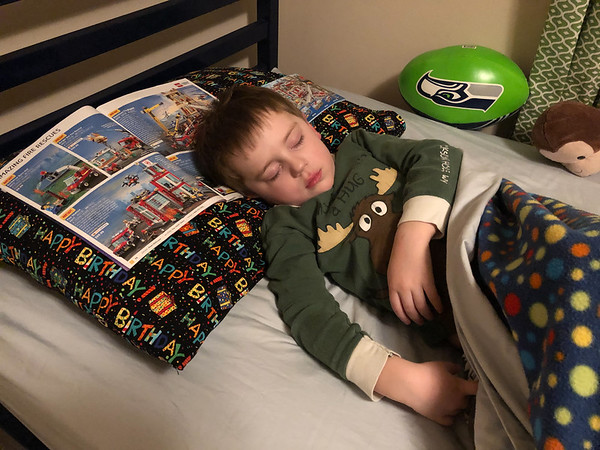 He loves drawing people, even in the window dew

It was also a record snowfall in his birthday month this year and Nicholas didn’t skip a beat with enjoying every second of it!